So I’ve had IPv6 connectivity since September 2007 from my house, initially thanks to SixXS. I last reached out to one of my Service Providers just weeks before SixXS ended service. They continue to not support IPv6, nor have a schedule for supporting IPv6. My other provider has started supporting IPv6 for their home users, but on the business side it would appear to be a bit more difficult to gain connectivity with IPv6. Which reminds me I need to call them again, since their online support tools don’t support business customers. I finally got IPv6 address space on my business connection, unfortunately they hand off a /56 via DHCP-PD but don’t route it. I can toss IPv6 packets at them, but see neighbor solicitations coming back instead of them routing the traffic back to me. Hopefully you can see that I continue to have IPv6 connectivity. This connectivity is published from AS16881 via the LISP-Beta Network. The LISP-Beta Network officially stopped existence in early 2000, but continued to run until October. So currently working on getting IPv6 back via resources available to me. 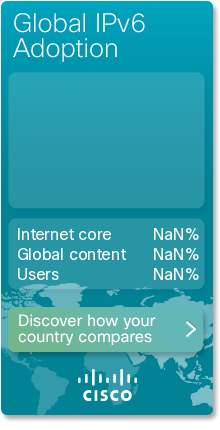 This site uses Akismet to reduce spam. Learn how your comment data is processed.

We have Tucker who is the sweetest dog.
The City Council in Martelle IA is kicking Luna out of the City!!! - Sign the Petition! http://chng.it/Vyy8SXQt via @Change

Domino’s is giving a year of pizza away. https://www.quikly.com/dominos/s/YPqllAbY